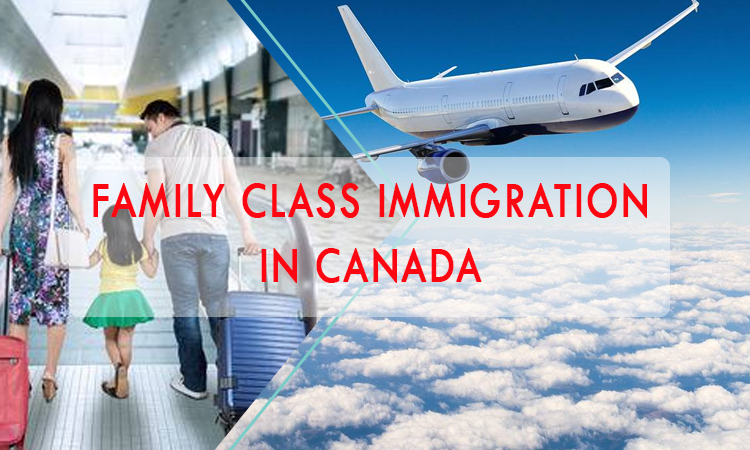 Lots of Canadian citizens and permanent residents have their family members in other nations. They have an aspiration that they could bring them to Canada.

The Canadian government offers a way to fulfill this expectation. The family class sponsorship program is one which is one of the most generous family reunification programs in developed countries.

Family class immigrants are those people who are sponsored by a relative to come in Canada or remain in Canada, and that relative of them is a Canadian citizen or permanent resident.

The Canadian government is devoted to keeping families together. The Family class sponsorship program reunites families which allow the permanent resident or citizen to sponsor a relative for immigrating in Canada.

Some relationships are eligible for such kind of program. For example-

The person who is seeking sponsorship must have to live outside of Canada, or he/she is living in Canada temporarily.

Here I will discuss spouses and partners who are eligible for sponsorship.

In-country of origin and under Canadian law legal marriage.

Minimum one year of continuous cohabitation in a marital relationship.

The marital relationship for at least one year where due to immigration barriers, religious reasons, sexual orientation couple is prevented from living together.

They are considered valid for Immigration Appeal & Spousal Sponsorship Lawyer.

Also, children who are over age 22 can be dependent if they are financially relied on their parents.  Moreover, they should be incapable of supporting themselves financially because of mental or physical state.

For sponsorship purposes, a person has to have Canadian permanent resident residing in Canada but maybe in a foreign country at present. But it is better to plan to live in Canada after the sponsored individual arrives.

For family class application, the Canadian government requires payment of sponsorship and processing fees. For any sponsored relatives who are not dependent children, there is a ‘Right of Permanent Residence Fee.’ This fee is the only fee that will be refunded if the related authority withdraws the application.

For spouse, partner, or relative whose age is 22 or more sponsorship fee is $75, the processing fee is $475, and the Right of permanent residence fee is $490.

Relative who is under 22 ages but not your dependent child sponsorship fee is $75, the processing fee is $75, and the Right of permanent residence fee is $490.

For a dependent child, the adopted child or orphaned relative sponsorship fee is $75, and the processing fee is $75.

The sponsor must have to maintain their family members financially if their relatives cannot finance themselves. It is required to assure that the new permanent resident doesn’t need the assistance of the government. Such kind of financial obligation depends on the relation.

For spouse, common-law or conjugal partner, three years of financial obligation is needed.

For parents or grandparents, 20 years of financial obligation is required.

At the time of application, the person who is being sponsored is instructed to submit medical reports. Also, biometrics for applicants from Europe, the Middle East, and Africa is needed.

After federal requirements are fulfilled, Quebec province requires additional criteria in case of family sponsorship. After the application sponsor who is living in Quebec will receive an e-mail or letter for submitting an exclusive agreement to the Quebec government.

Individuals who don’t match the requirements as mentioned earlier don’t qualify for Family Class Sponsorship, and they can still immigrate by the Express Entry System. However, they should have experienced and skill in a specific occupation.

At present, Canada has become one of the most popular countries for immigration in the world. While the U.S. is going through unstable economic conditions people are looking to other countries for new opportunities where Canada is the top choice of people.

Canada has vibrant and efficient markets for labor. Canada is well known for its openness toward immigrants.

In Canada, there is no anti-immigration political party. Majority of the world’s people know Canada as a nation which respects freedom, individual rights, welcome immigrants, accept different races and culture, and offer a standard of living.

If you want to go to Canada through family class sponsorship, your sponsor has to be a permanent resident of Canada, and the relationship between you has to among the one mentioned above.

Before applying for family class sponsorship, you should know all the requirements which will reduce the rate of rejection.

7 Things You Need to Know about Immigrating to BC
Easiest Province to Immigrate to Canada
The 20 Best Things to Do in Langley, BC
What is a Conjugal Partner Relationship for the Purposes of Canadian Immigration?
Previous Post